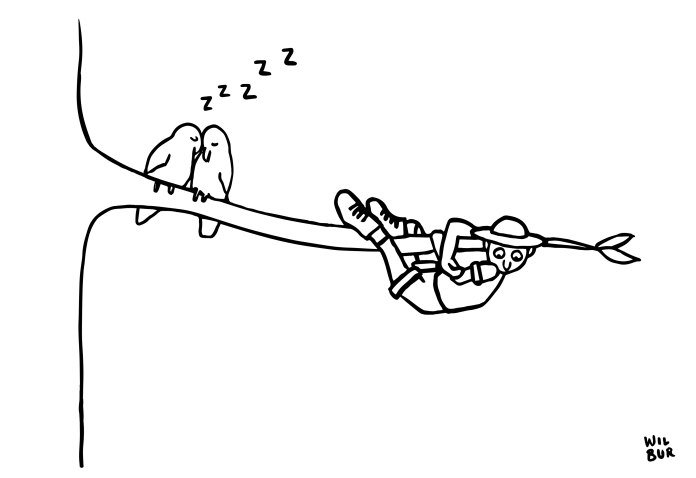 Have you ever been chased by a bear? Heart racing, adrenaline pumping, looking for the nearest tree to climb to avoid almost certain death? Yeah, me neither. And that fact—that lack of being chased or having natural predators or competition—is precisely why humans have such long lifespans, and why some companies dramatically outlive their peers.

For years, biologist have made the simple observations that “bigger animals live longer lives.” The idea is that the bigger an animal becomes the more efficient they become. It’s a fact of biology, which extends into the world of business, urban planning, and organizational ecology. As theoretical physicist, Geoffrey West, puts it, “This might also explain the drive for corporations to merge. Small may be beautiful but it is more efficient to be big.” As with all rules, however, there are exceptions. But before we discuss the anomalies, let’s examine our options for survival.

Direct competition is the easiest to understand, but is also the least effective (lowest survival). This is like turning toward that grizzly we talked about earlier and fighting back. There’s a chance of survival, but it’s not great. And at what cost? In business, small companies that use this strategy are labeled sustaining entrants. They compete in an established market against powerful incumbents by making some improvement to mainstream products.

As Clayton Christensen noted when developing the theory of disruptive innovation back in 1995, in the case of “the disk drive industry, only 6% of sustaining entrants managed to succeed.” And this makes sense, right? To directly compete for high-end or mainstream customers in an established market is going to draw attention from much more established players who have the ability to either defend (kill us) or acquire (eat us). Either way, survival and longevity are limited.

Noncompetition is the anomaly in our discussion. This strategy is exactly what it sounds like—not competing. It’s finding or creating a niche that insulates us from hazards and outside competition. In business, as you might have guessed, noncompetition is rare.

In biology, it’s extremely rare for small animals to live for long periods, but birds and bats seem to break all the rules when it comes to life expectancy. Despite being small and having rapid metabolic rates—both significant indicators of short lifespan—birds and bats live 3-3.5x longer than animals of a similar size. In a world where corporate life expectancy is decreasing, many in business would be happy with a three-fold increase in survival.

For birds and bats, it’s a matter of flying. They’ve taken themselves out of the terrestrial equation, out of reach of countless potential predators and hazards. They’ve developed a mechanism to explore the sky, a niche above us land-based creatures. Their competitive advantage is simply not competing. They just fly away.

When we look at businesses that have defied the odds of survival, our view turns east toward Japan, where a handful of companies are over 1,000 years old. Just as flying has insulated birds and bats from harm below, older Japanese companies benefit from insulation. They are often small, primarily serve Japanese markets, run on values beyond profit-at-all-costs, and operate in a culture where acquisitions and mergers are avoided (compared to the West’s seeming love of M&As). Thousand-year-old Japanese enterprises are much different than the S&P 500, like the difference between earth and sky or mammals and birds.

Google, Amazon, Apple—These are the big game animals, the predators, the bears chasing us up a tree. Perhaps we (and our businesses) can thrive for decades without becoming or competing with giants. Humans transcended the law of the jungle; birds and bats transcended the limitations of land. In order to be exceptional, we must strive to be an exception, no matter how small. Rather than competing head-on in an unfair fight, why not learn to fly?

2 thoughts on “The Noncompetitive Advantage”