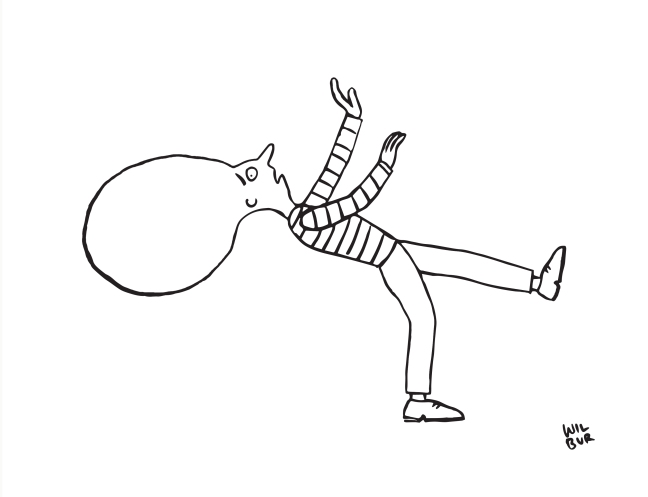 This is a story of two brainiacs—both pioneers in their chosen fields, both knowingly intelligent, and both recipients of the Nobel Prize. Despite their similarities, the stories of William Shockley—and his eventual demise—and Daniel Kahneman’s ultimate redemption differ in each genius’s relationship with self-doubt. While doubt is often cast as the villain of our lives, this is a different tale, one where doubt is the protagonist, the saving grace. This is a story of two men whose success and failure hinged on the benefits of doubt.

William Shockley grew up in California during the 1920s, receiving a B.S. from California Institute of Technology in 1932. Quantum physics was still a fresh discovery, and Shockley reportedly, “absorbed most of it with astonishing ease.” In 1936, he earned his Ph.D. from M.I.T. and began his innovative career at Bell Laboratories, one of the most prolific R&D enterprises in the world. As a research director at Bell, Shockley helped invent the transistor (as in “transistor radio”), for which he received the Nobel Prize in Physics in 1956—an achievement that would lead to his eventual undoing.

That same year, Shockley moved back to Mountain View, California to start Shockley Semiconductor Laboratory, the first technology company in what would become Silicon Valley. As a researcher and a manager, William Shockley was brilliant, innovative, but domineering. His arrogance at Shockley Labs was a point of contention among the employees and a problem that would only be exacerbated after the Nobel Prize. Winning the prize seemed to eradicate any residual self-doubt left from his youth. Shockley became deaf to outside opinion, blind to reason, and unforgivingly egotistical. In 1957, less than a year after becoming a Nobel Laureate, eight of Shockley’s best and brightest left the company to form Fairchild Semiconductor.

The Shockley schism was in large part due to William Shockley’s unwillingness to continue research into silicon-based semiconductors despite his employees’ belief that silicon would be the future. His hubris would be his end, as Shockley Labs never recovered from missing the silicon boom. The cohort who left would later create numerous technology firms in Silicon Valley (including the tech giant, Intel), giving birth to what has become one of the most innovative regions in the world.

William Shockley, himself, faded into obscurity, estranged from his children, his reputation tarnished after years of public touting of eugenics. Along with Henry Ford, Pablo Picasso, Albert Einstein, and Mahatma Gandhi, Time Magazine would name William Shockley as one of the “100 Most Important People of the 20th Century.” Yet he died bitter and disgraced in 1989, still headstrong, self-doubt still absent from his life. For Shockley, arrogance and intellect seemed to be inextricably linked; however, such a fate is not inevitable.

Daniel Kahneman’s story is different. It’s one where self-aware intellect meets a healthy dose of self-doubt. Born in 1936, Kahneman grew up a Jew in France during the Nazi occupation. His family was displaced several times and his experiences with Nazis would show him firsthand the complexities and peculiarities of the human mind—a foreshadowing of his illustrious career in psychology.

As an adolescent after World War II, Kahneman moved to Palestine where in eighth-grade he finally found like-minded friends. Acknowledging both his intellect and its dangers, he writes, “It was good for me not be exceptional anymore.” While Kahneman knew he was smart, he always saw his deficits (and sometimes to a fault). As Michael Lewis, author of Moneyball and The Undoing Project, puts it, “Everything [Daniel Kahneman] thinks is interesting. He just doesn’t believe it.” And this self-doubt would lead directly to his success.

After getting degrees from Hebrew University and U.C. Berkley, Kahneman’s work in psychology would take off after his first collaboration with Amos Tversky. Between 1971 and 1981, Tversky and Kahneman would publish five journal articles that would be cited over 1,000 times. Their work in cognitive biases—largely fueled by the ability to doubt their own minds—has been instrumental in upending the long-standing belief that humans are purely rational creatures.

In 2002, Kahneman was awarded the Nobel Prize in Economics for showing that even the brightest among us make mental mistakes everyday—prospect theory, cognitive biases and heuristics. Like William Shockley, winning the Nobel Prize would be a turning point in Kahneman’s life; unlike Shockley, the prize made Kahneman better not worse. Michael Lewis again comments, “[T]he person who we know post-Nobel Prize is entirely different from the person who got the Nobel Prize […] he is much less gloomy, much less consumed with doubts.” In a stroke of irony, it would take what is arguably the most prestigious award in the world to finally provide Kahneman with the validation that his thoughts on doubt are worthwhile.

Kahneman’s career has been largely focused on the benefits of doubt—the idea that humans may be mistaken in our confidence and intuition, and need to question our assuredness. While his legacy is still to be seen, Kahneman’s work may prove to change how humans think about thinking forever. His impact may even put him on Time’s list of “100 Most Important People of the 21st Century.”

The stories of Shockley and Kahneman serve as both a warning and a call to action. Doubt should not be seen as a curse, but rather a necessity—a blessing, even. It is when we are not in doubt that we should take notice. Arrogance at any level can blind us. We don’t have to be a savant to be egotistical or have a “big head” (yet the smartest among us are often guilty of this). Only through our doubts can we expect to learn from others, question our assumptions, and, ultimately, be successful long-term. As soon as we stop doubting, stop questioning, we stop growing.

This is the fourth installment of a series titled “Too Smart  for Your Own Good.”