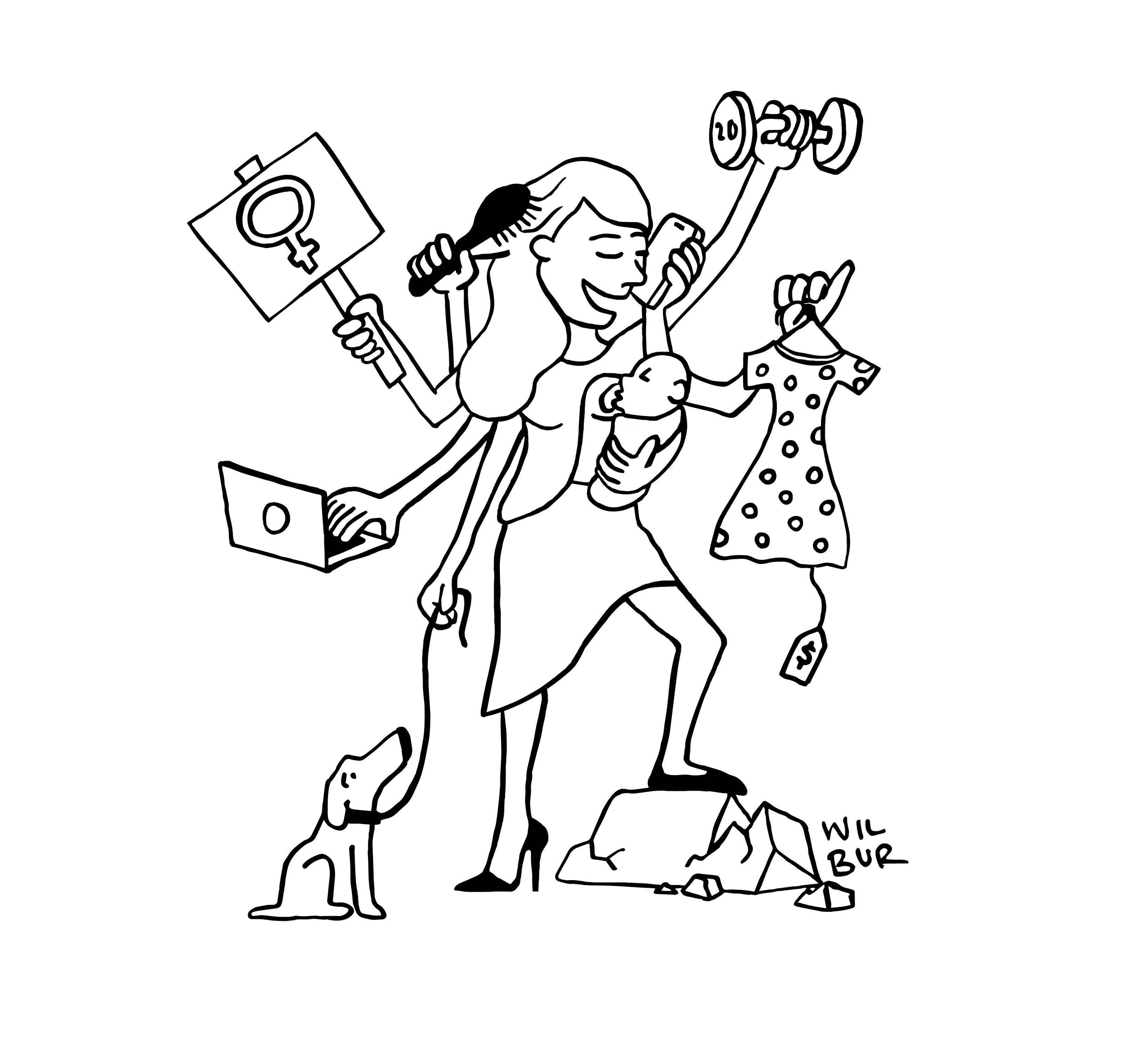 What’s do you see? What comes to mind when looking at the image above? Is it a celebration of the modern woman’s accomplishments—breaking down gender barriers while juggling life’s many tasks? Or perhaps it’s an example of mansplaining—a message from yet another male critic of the “feminist agenda”? Does the image endorse multitasking or condemn it? Liberal or conservative? Sexist or feminist? An attack on contemporary activism, consumerism, and technology or a recognition of the modern world?

Last week the New Zealand prime minister, Jacinda Ardern, announced that she was pregnant. Her first child will be born during her first year in office. News outlets had a field day. Social media immediately flooded with opinions. And I… well… I drew a cartoon. 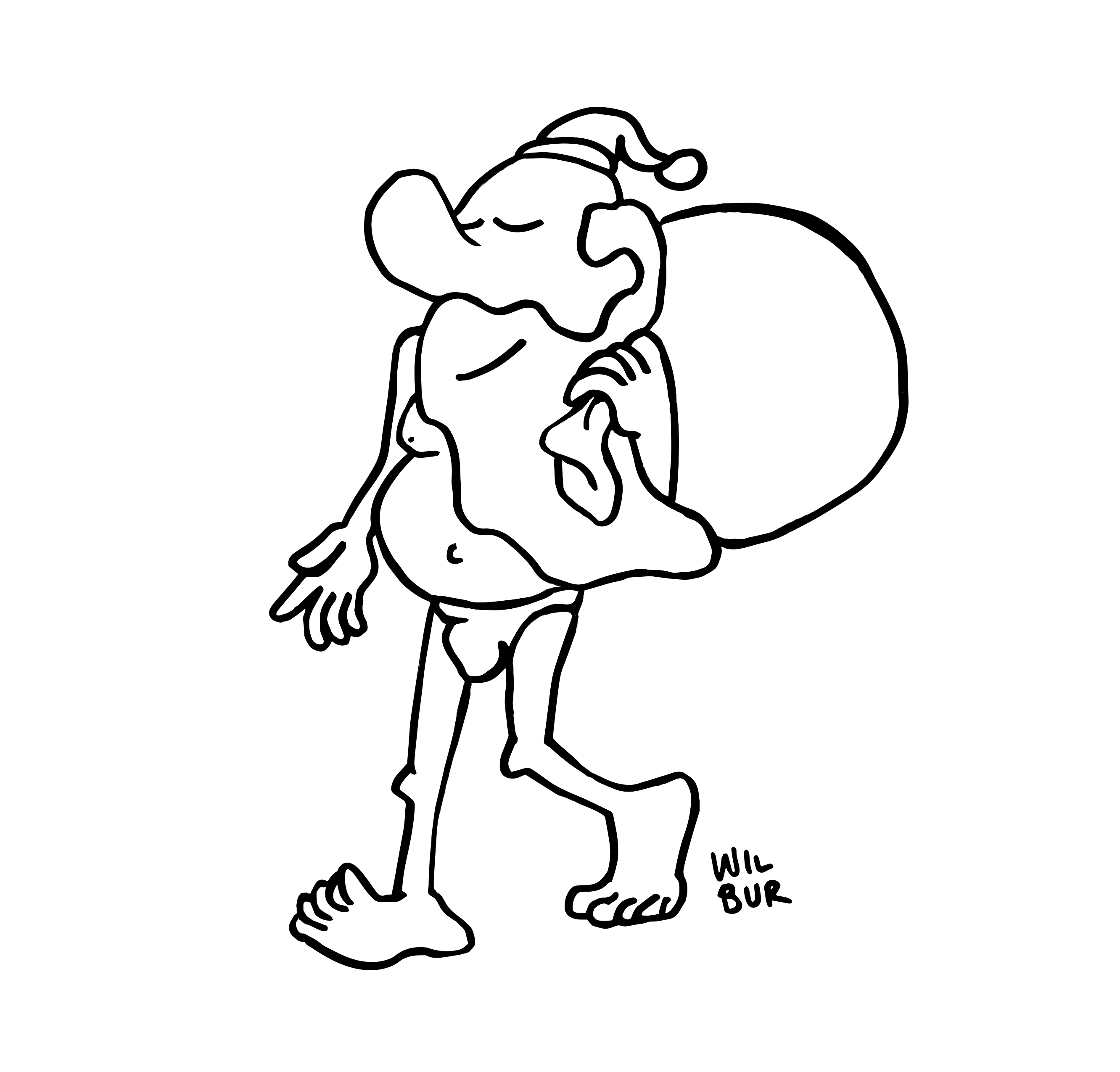 It’s warm here in New Zealand—a Christmas experience I’m certainly not accustomed. Growing up in the American Heartland, we often enjoyed a traditional white Christmas—chill in the air, snowmen on the front lawn, festive decorations with vibrant light displays. Now that we’ve moved to the other side of the world, it doesn’t really feel like Christmas. But I can’t complain.

Warm weather in December has it’s benefits (outdoor barbecues, swimming at the beach, and going on hiking trips, to name a few).  That being said, living in a different country can be a mind-bending experience. Every day is Opposite Day.

There are the more obvious differences between the United States and New Zealand: The seasons are reversed so summer is winter, spring is autumn, and so on; the people drive on the left side of the road rather than the right; they speak English (or what seems to be English) with an accent; and the timezone change means it’s tomorrow, today. But there are also some less obvious distinctions.

In New Zealand, light switches flick up and down, but down is “on” and up is “off.” The moon’s surface has craters, but there’s no illusion of a man’s face from this angle. Appetizers are called entrees, and entrees are called mains. Circumcision for baby boys is the exception not the rule. Pick up a jar of “mayonnaise” from the supermarket and you might find a sweet, gloopy sauce made without eggs. And when comparing political parties to the U.S., New Zealand conservatives are liberal, and their liberals are, well, even more liberal.

It’s a world of small differences—differences that add up to create a largely different experience. This holiday season, as families celebrate Christmas across the globe, they do so in different ways. We may agree on the name for this season, but the details can get a bit a hazy.

Does Santa get milk and cookies or biscuits and bourbon? Is it Santa, Saint Nicholas, or actually an old witch named Befana? Real tree, synthetic tree, or no tree at all? Stockings or shoes? Christmas ham, lamb, or deep-fried caterpillar?

Whether celebrating at home, traveling to visit friends and family, or moving halfway around the world, I hope you enjoy what makes your Christmas different—what makes it special to you. Happy Holidays!

This is not an essay. I started writing an essay; it was on cultural differences, what makes us the same or different, the difficulty of defining ethnicity/diversity/race/culture and how they relate to conflict, Freud’s “narcissism of minor differences,” the American melting pot, and various other ideas along those lines. But with so much written on these topics, they are still ambiguous concepts that change with time. Rather than failing to convey my thoughts clearly with an essay, I’ve elected for a simple cartoon—a three panel summary.